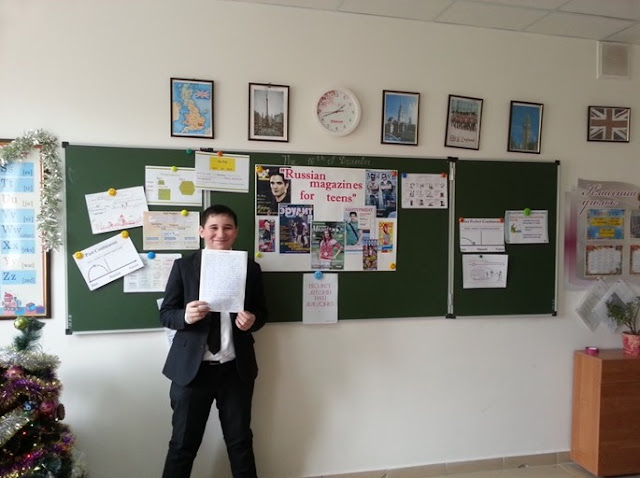 If you walk into a supermarket, you usually see shelves with lots of magazines for teenagers.
Teen girls today are the biggest part of the audience of teen magazines, so more magazines are created    especially for them. Magazines for girls usually have a female celebrity on the cover. The title of the magazine and some of its articles are printed in bright letters on the cover. Many teen magazines   have a “glossy” cover. The most popular teen magazines are: ELLE girl, Seventeen, Oops, Yes, Cool girl.
Boys are not so mad about their appearance and fashion. The magazines for boys are usually about sports and computer games.
They say, magazines have positive and negative influence on teenagers. Readers usually   like the magazines because they are bright with interesting and useful  information, they publish articles about teen problems. On the other hand, there is the fact that teen magazines  pressure teenagers  to achieve an ideal that is not realistic. Most importantly, teenagers should believe in themselves.
No magazine controls teens. With right reader attitude magazines for teens can be fun, relaxing, informative and even useful.
Автор: Spotlight на 13:23